In an article on “Which Colleges Grant the Most Bachelor’s Degrees in Foreign Languages?,” published in the Chronicle of Higher Education in January 2019, the UConn German Studies program was placed #4 nationally, based on the number of majors graduated.

Most of the colleges that conferred bachelor’s degrees on the highest numbers of majors in foreign languages, literatures, and linguistics in 2016-17 are public, with Brigham Young University the only private nonprofit institution among the top 10 over all. Spanish was by far the most popular language major, followed by French. The most popular East Asian language, Japanese, awarded only 7 percent of the number of majors that Spanish did. Women outnumbered men in all of the top 13 language majors except Arabic and Ancient/Classical Greek. 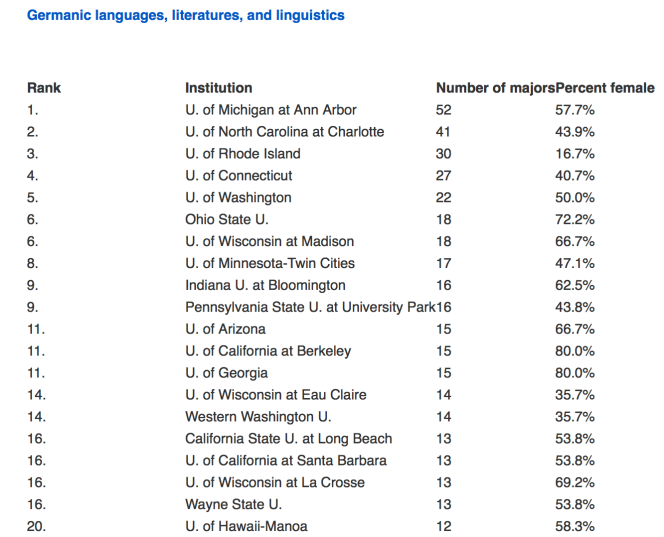